Scroll down this page to see my new WordPress blog. I had to move to WordPress because the Blogspot interface had become unusable. In the following paragraph, you can find the link to the archive of my blog posts from 2008–2018.

Some of the best essays I’ve ever written are here. If you feel like exploring the depressing and scary landscape of my mind, this would be a good place to start: zen-hell.blogspot.com

This amazing video by a mathematician/demographer Hans Rosling shows how Earth’s human population will stabilize at 11 billion. The math is complicated, but he makes it beautifully simple and compelling. Barring nuclear war, this is how it will play out:

One of the reasons that domestic issues figure so prominently in the Green New Deal is that people with a good standard of living have fewer children, with many modern countries now failing to even reach replacement birth rates.

Our world is much smaller now in travel time than were the original 13 American states, from Maine to Georgia, in the 18th century, so clearly, war should have become taboo many years ago. I believe it did become taboo the moment the first atom bomb was detonated in White Sands, New Mexico, but only in the minds of civilized humans. If humans can work together worldwide and put war behind us, as have the formerly blood-soaked countries of the European Union, we can work towards amazing engineering solutions to all human problems, even for 11 billion humans.

Multi-story hydroponic farms, clean energy, alternative dwellings, careful stewardship of our resources, and fair income, healthcare, and education for all citizens of Earth would mean that our world could sustain a population of 10 or 11 billion. After just a very few generations in an enlightened, peaceful world, population would probably ratchet down to an even more sustainable level.

The following is one of my many answers to Quora questions. This one didn’t get many views (327 since I posed it December 2018). My most popular post got 18,000 views in just a couple of days; I think it was more about being, temporarily, on the good side of Quora’s algorithms than about the quality of my writing! I’m reposting my answer to the anonymous Quora question I’m using here as the title of this blog post because I like this post a lot, even if my “fans” on Quora didn’t appreciate it much, and because I want to save it and have it handy to share. Thanks for checking it out!

Trump supporters are absolutely brainwashed. Trump is so profoundly and blatantly unfit for office that only someone brainwashed could be blind to his flaws, especially when support for Trump is literally harmful to their very own lives and futures (unless they’re billionaires living in gated communities with high-tech air and water filters and plenty of armed guards). For example, the frightening UN climate report released in October, the work of 92 scientists who consulted 6,000 studies, and now the 1,600-page federal climate report compiled by 13 federal agencies and 300 leading scientists, tell us that our President saying “I don’t believe it” puts him at odds with reality.

As both of these major reports make very clear, due to the catastrophic effects of climate change our world will become almost apocalyptic for billions of people by 2035 unless all the major nations in the world assume a warlike footing toward radically reducing carbon emissions. This news is terrifying to people who still have their wits about them. My children will be 36 and 42 in 2035! They are afraid to have children of their own!

Trump’s withdrawal from the Paris Accords will likely be seen by historians in the near future as a heinous crime against humanity. Most Europeans whose lives were ruined or ended by Hitler’s aggression had no choice regarding their fate, but in the case of Trump, his supporters are willfully bringing ruin upon themselves (and unfortunately, upon the people who are not brainwashed as well).

Or consider Trump’s policy of literally torturing children at our border with Mexico, failing to even fingerprint hundreds of them before separating them from their parents, and neglecting to enter them into their parents’ data on ICE computers. When confronted with the horror of this policy, Trump supporters trumpet information from Fox News and Breitbart (actual propaganda organs), stating that “Obama did it too”, which fits perfectly with their lifelong brainwashing despite being untrue*.

I pity children whose brains (electro-biocomputers) are infected with the equivalent of these two incredibly dangerous computer viruses: fundamentalist religion and blind patriotism. Both of these “viruses” damage brain functionality for life, hence brainwashed people voted in an organized block to install an actual TV clown, a man almost completely ignorant of history and science, a habitual liar, an insanely narcissistic despot, as our President. They are allowing an imbecile to juggle nuclear weapons over the heads of their own children (and every child on Earth!). If that doesn’t spell brainwashed, I don’t know what does.

* “Obama did the same thing” is untrue in terms of separating thousands of children from asylum seeking parents all at once and warehousing them in numbers over 2,000. Sometimes under Obama, children were separated from parents who were actual criminals. The scale of the separations under Obama vs Trump makes this argument like apples vs oranges. But brainwashed people completely ignore details and complexity when it gets in the way of their programming. That’s what brainwashed means. I’m old enough to remember “Kill a Commie for Christ!” and now I’m hearing the idiotic chant of “Build That Wall!”

I just made you all this little slide show from screen shots of Michael Moore’s creative, mind-blowing, highly entertaining (but scary) documentary, Fahrenheit 11/9. If you haven’t seen this movie, you are in for a huge surprise. It’s streaming for free on Amazon Prime. The first 10 minutes of Fahrenheit 11/9 alone are amazing, and it will astound you throughout. 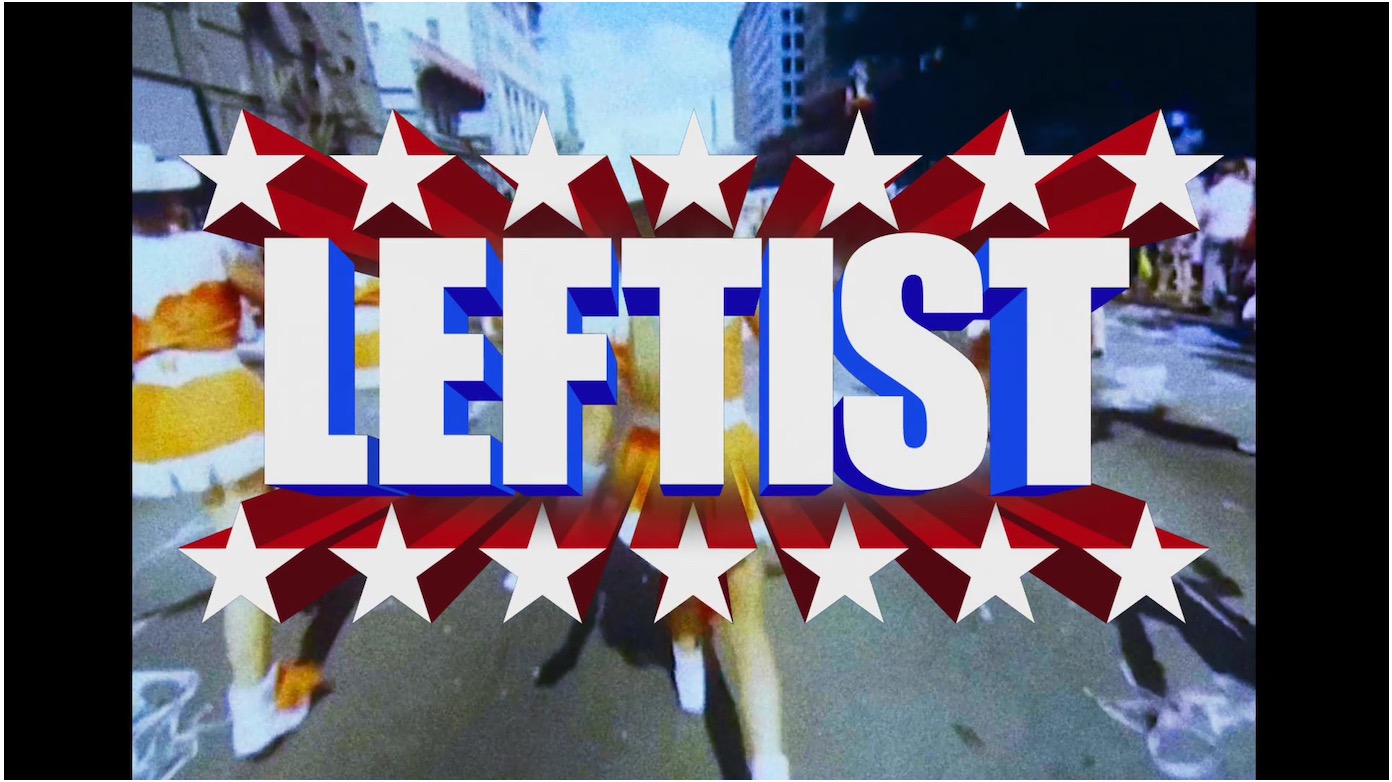 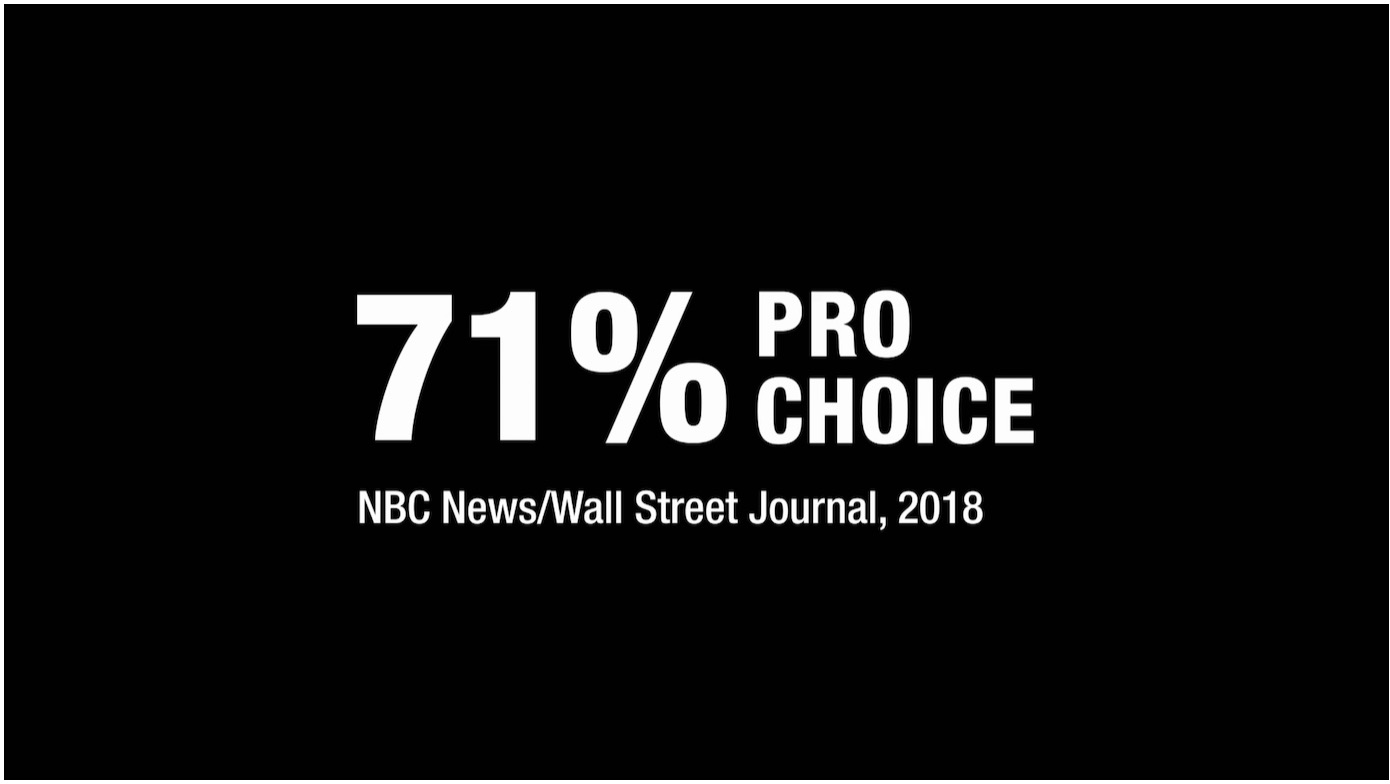 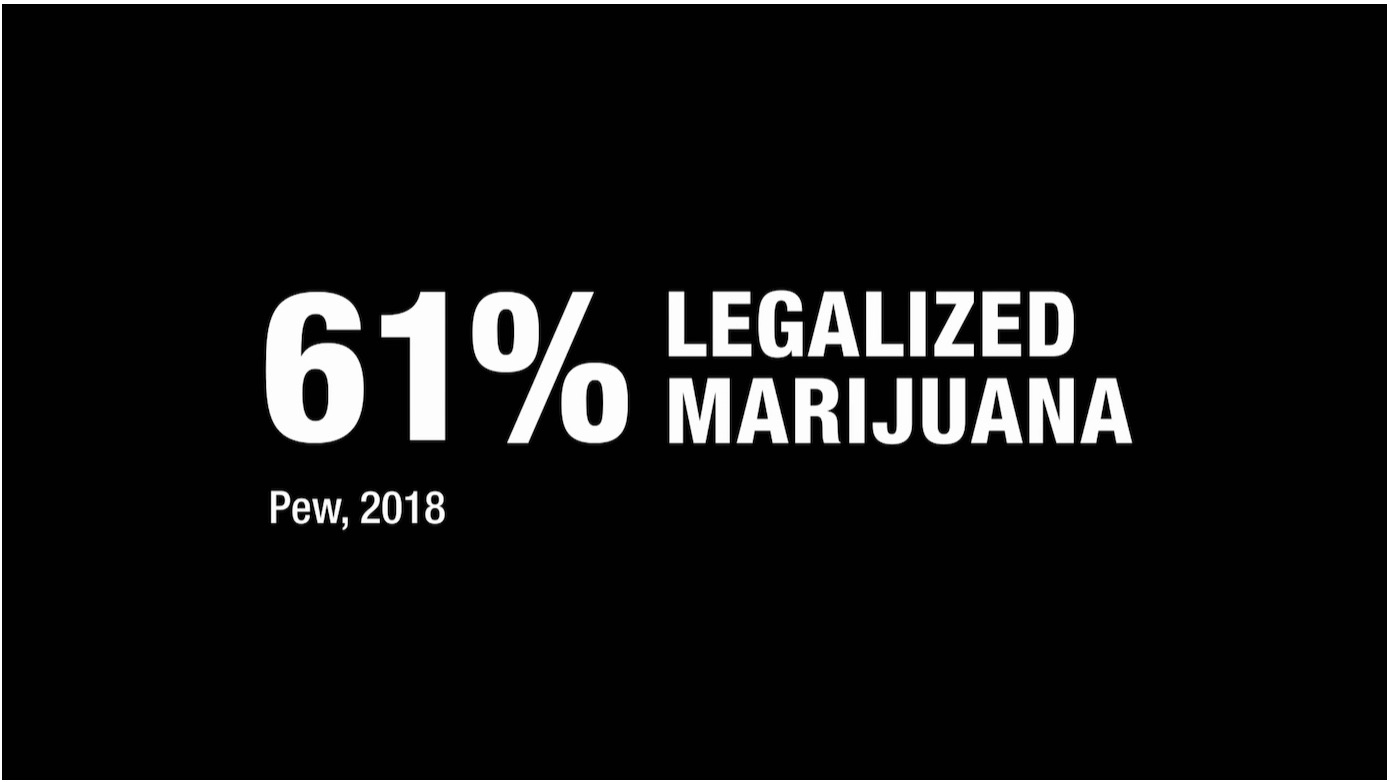 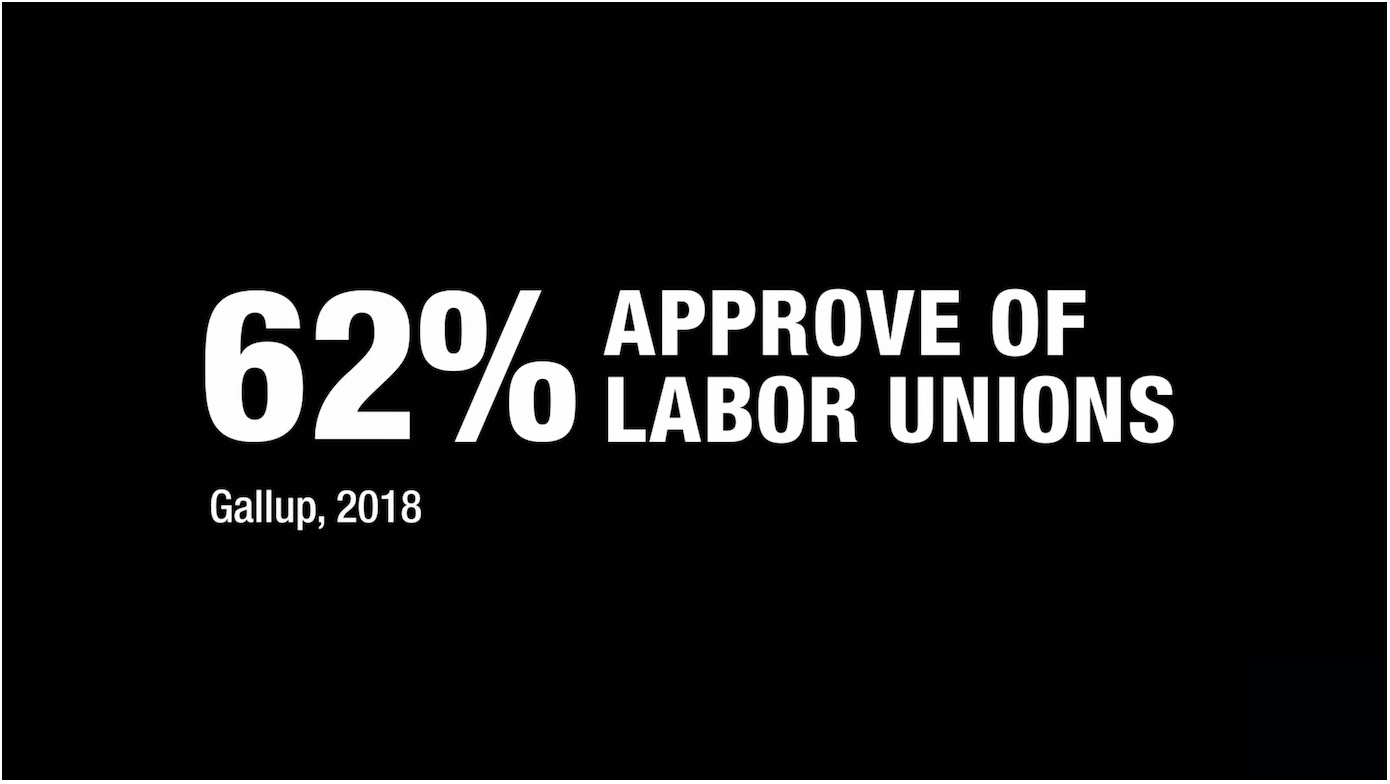 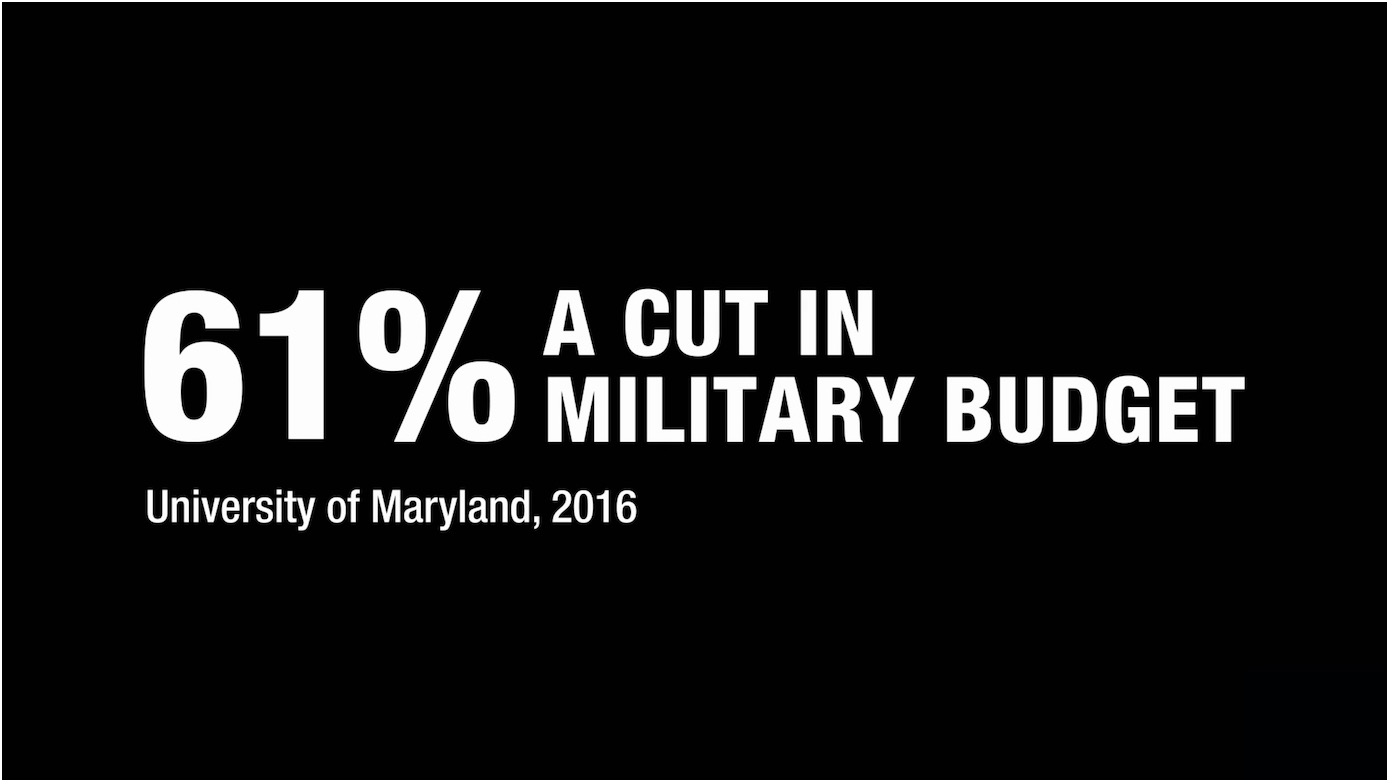 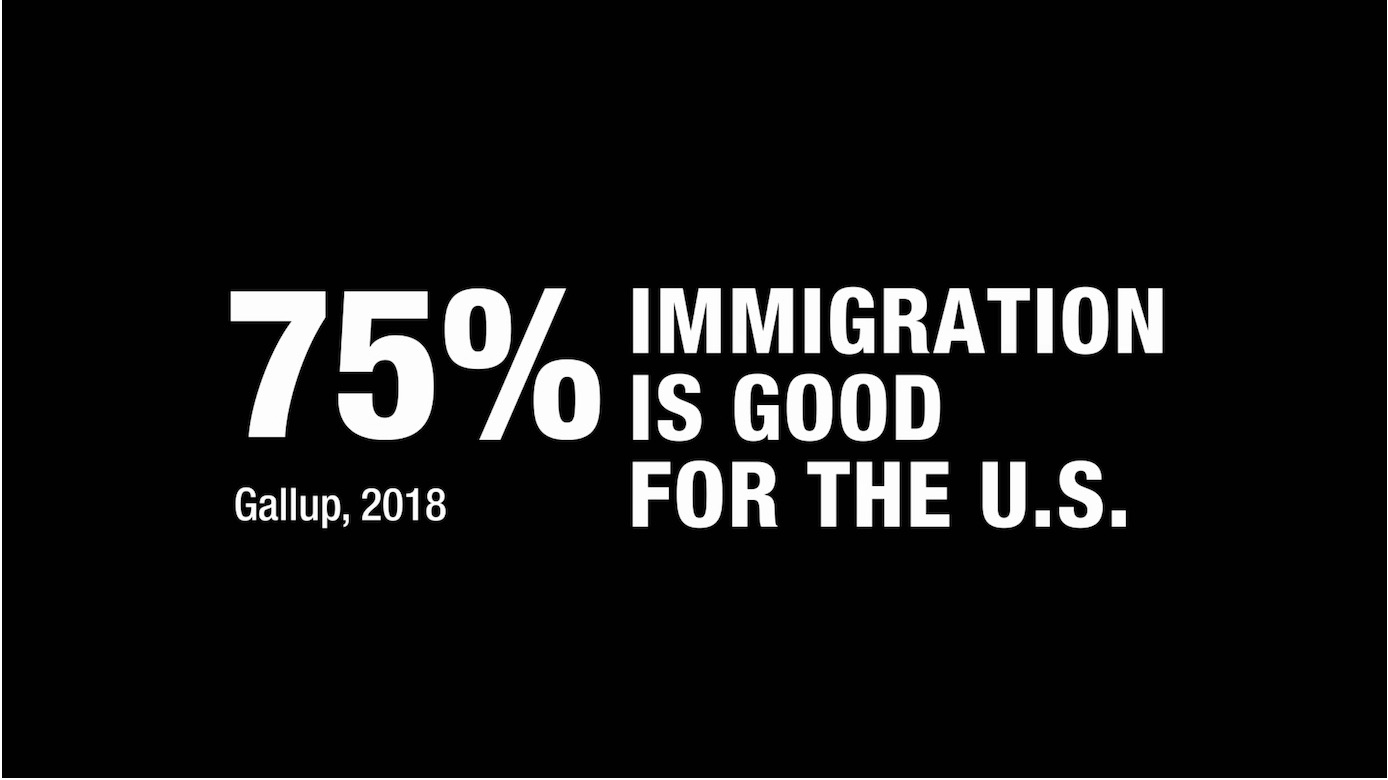 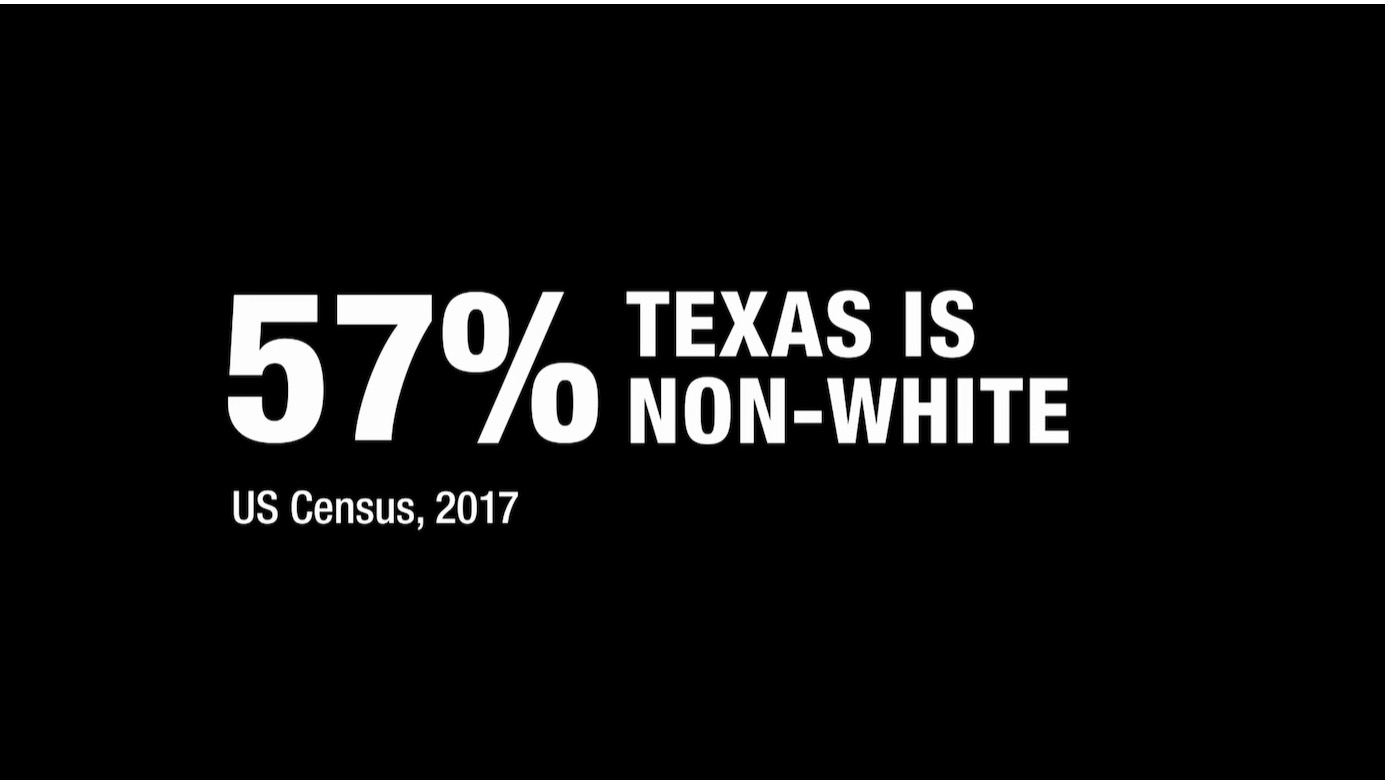 Interesting, though, that only 8 state legislatures were under Democratic control prior to the 2018 midterm elections.

Bush2 is the only Republican who has won both the popular vote AND the presidency since Bill Clinton. 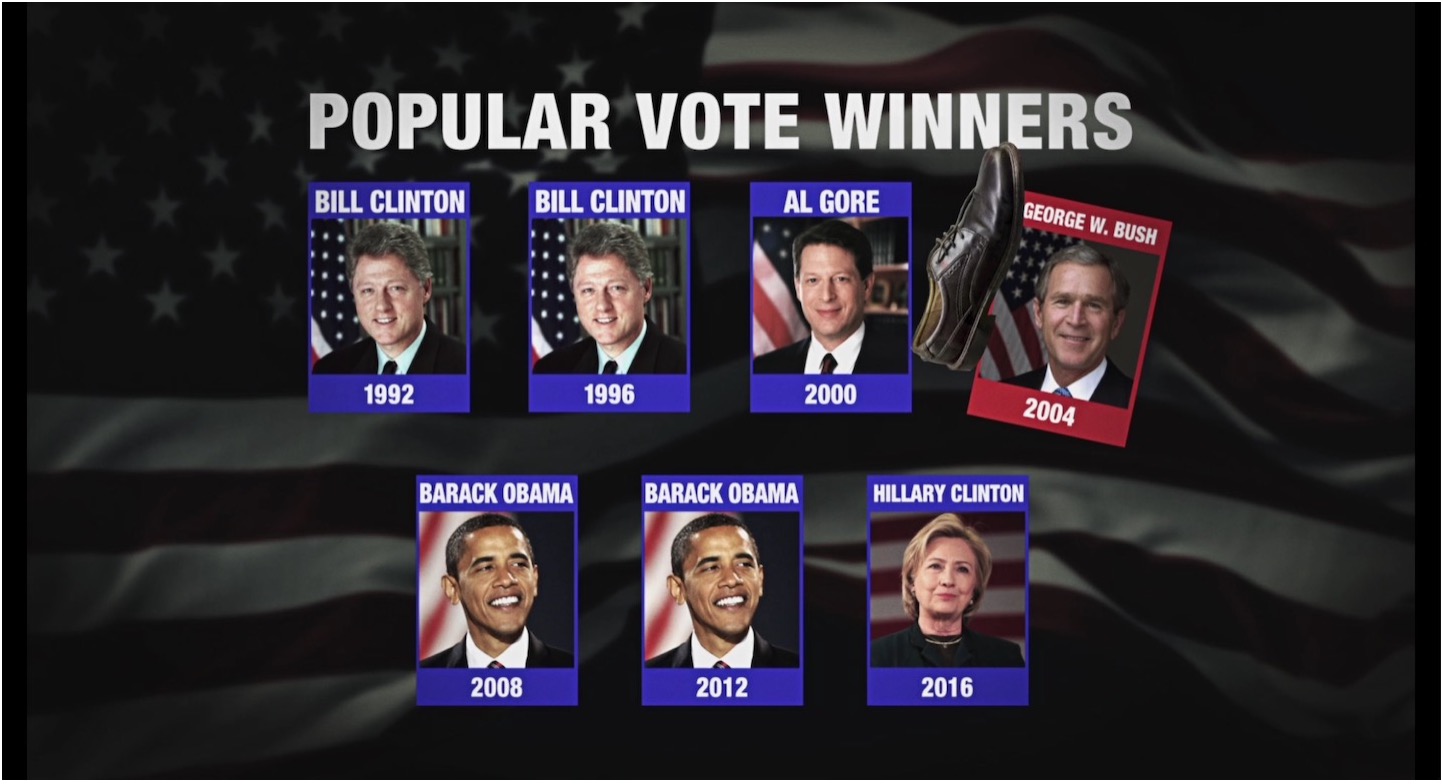 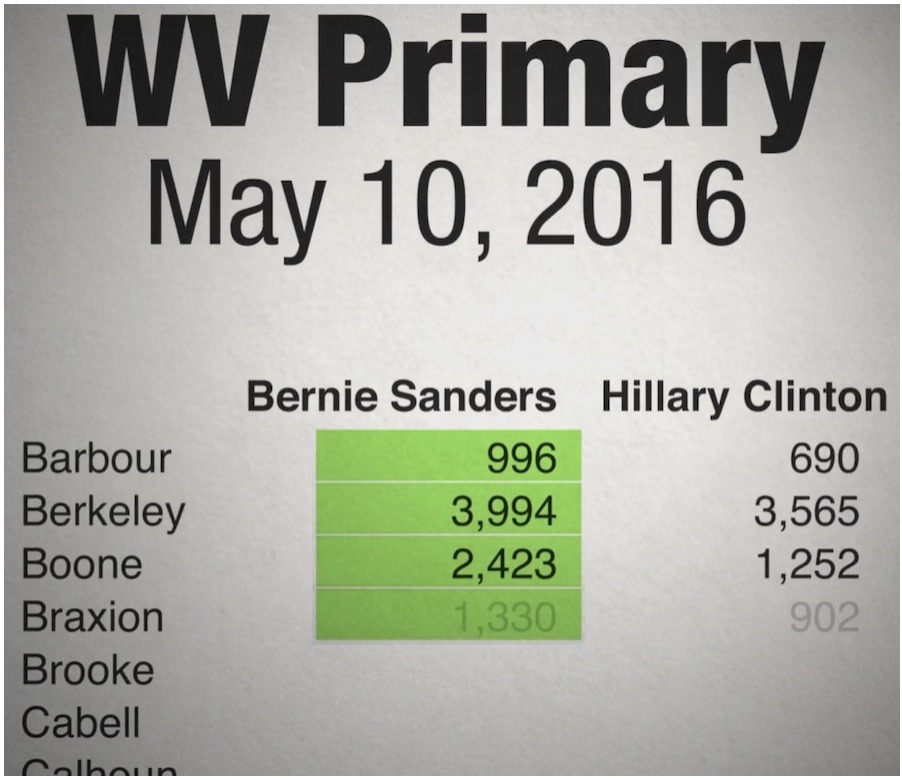 And yet when the West Virginia’s winner was announced at the Democratic National Convention, Hillary was named as the state’s candidate! One little sign somebody held up for this picture proclaims the truth! 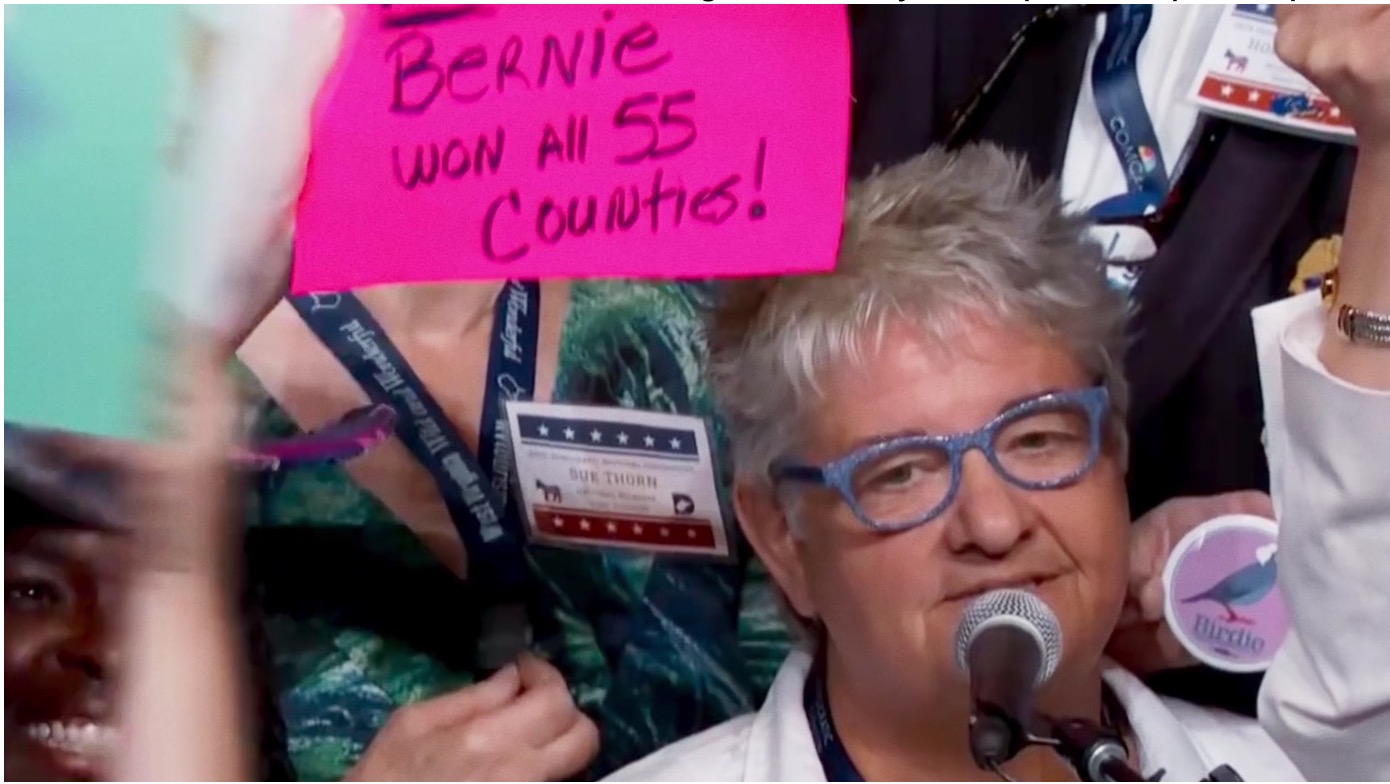 You won’t find the following picture anywhere. After seeing Fahrenheit 11/9 a few months ago, I spent hours on line looking for a picture of this gigantic and heinous crime in progress. This is an example of what a great filmmaker Michael Moore is. This man is pushing a button that INSTANTLY changed the water supply from clean Lake Huron to filthy, poisonous Flint River. You are WATCHING the MOMENT a man poisons almost 15,000 children, almost all of them African American, with lead, which will affect them in horrible ways for the rest of their lives!

Michigan’s governor Rick Snyder wanted to build a new water system to enrich his cronies, so he changed the source of Flint’s water supply during construction of the new water system. Despite poisoning thousands of children, Snyder is still governor of Michigan. Instead of fixing the problem, he hired a PR firm to tell the people the water was safe again, while testing agencies gave fake test results to the parents of poisoned children.

It was a huge deal when Obama came to Flint, supposedly to stand up for the people, who were still getting poisonous water from their taps. Instead, he supported Rick Snyder and even pulled off this stunt on stage in front of hundreds of Flint townspeople to show them how safe the water was. Obama barely got his lips wet! The people in the audience were appalled. In Fahrenheit 11/9 you will see another amazing thing Obama did in Flint. Please get back to me with your thoughts on this movie!

Here’s a video clip I captured and saved for you, less than 2 minutes long, showing the scene where the button is pushed and briefly explaining in very powerful and clear language the reality of the Flint water situation, including the effect the lead will have on the children. Rick Snyder should get the death penalty for what he did to those 15,000 children.
Thanks for reading and watching! Feel free to share my slide show with any conservative “friends” you might have who would try to tell you about the “real America”!
… 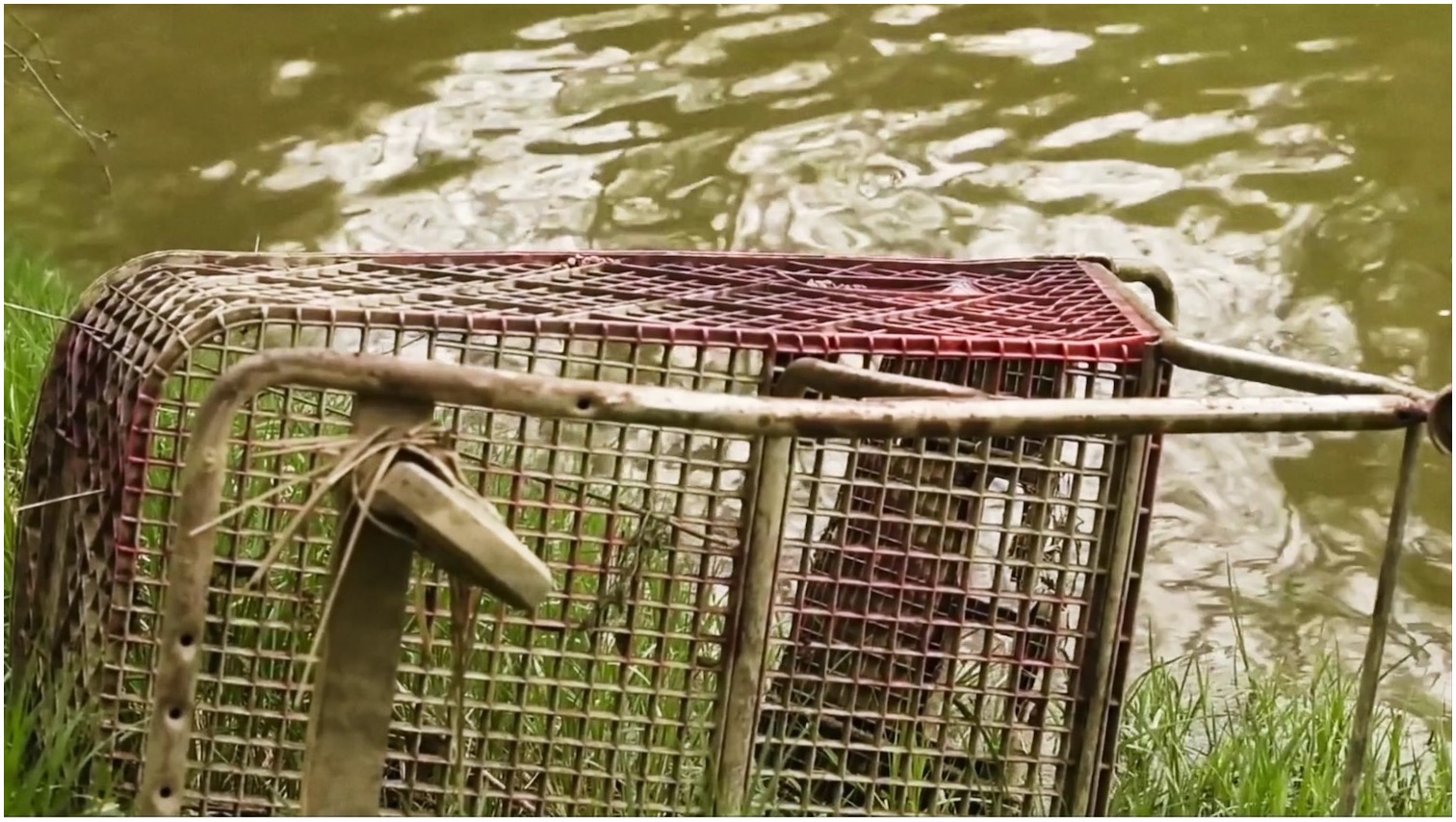